​Getting Started with the National Rifle League’s NRL22 Competition

Anyone who enjoys shooting for fun is going to know the simple joys that plinking with a .22 rifle brings.

For a long time, precision rifle competitions have been held at ranges that are 1000 yards or more. Ranges that distance are few and can be difficult to find.

The NRL22 scales down precision rifle competitions and instead utilizes .22 LR rifles on a 100-yard range, which are much easier to find and much more accessible.

As a non-profit under the National Rifle League, NRL22 brings the precision rifle experience to more people including youth and female competitors on a national scale.

The Rules of the NRL

NRL22 rules can be found on the main website and get updated from year to year. With that in mind, always look for the most recent version to stay up to date.

According to the 2019-2020 regulations, basic range safety is expected to start. Range safety includes pointing rifles only at intended targets, wearing appropriate eye and ear protection, and always treating a rifle as though it is loaded.

Expect to adhere to regulations, as safety violations and penalties can result in removal from the current competition – as per section D under Safety Violations and Penalties within NRL22 rules.

One of the most rewarding aspects of NRL22 is that you shoot and compete at your local range against those who are there as well as everybody else in the country.

The way this works is every month NRL22 releases 5 official stages that all matches must shoot. A match may add more stages, but they must shoot these 5 for record. What this means is that when you shoot a match at your local range, you’ll have your local results for everybody there. The results of the 5 official stages for the month are entered into the national database to see how you did against everybody in the country.

While you’re competing locally, you also have the option to compete nationally. If you’re in a national competition, the rules are stricter as per Section 3, NRL22 Local Match Format, of the official rules.

To give you an idea of what you can expect in a national championship match, here’s what happened in the  2018/2019 National Championship in Las Vegas Nevada.

A total of 120 of the best NRL22 shooters competed across the country with each participant receiving a variety of swag. Trophies were awarded to the top shooters in four different classes – Open, Young Guns, Ladies, and Base class shooters. One of the youngest, Allison Zane, won in Young Guns at the age of 13 years old courtesy of her Vudoo V-22 rimfire rifle, and earned the reputation of being a better shot than most competitors her senior. You can see NRL22 really is open to anyone.

How Do I Get Started with NRL22?

First step, go to the NRL22 website and search for a match in your area. You can also ask local ranges if they have NRL22 matches and when you can sign up.

Next, have a .22 rifle with an optic and preferably 2 magazines. It doesn’t even need to be an expensive one. The most important thing is to just get out there and try it!

In fact, they have two classes just to separate the expensive rifles from the affordable ones. Those two classes are Base & Open.

Finally, get out there and start having fun!

In the NRL22, there are five different classes of shooters – Base Class, Young Guns, Open Class, Ladies Class, and most recently, Air Rifle as per Section 5B under NRL22 Rules.The Base class is designed for those who are new to the sport, those with a budget in mind, or those who simply want to keep it a little simpler.

There is a $75 membership fee for adults and $25 for Young Guns. For more information,  check out the official rules, as they will have a complete description of what is and is not acceptable in each class. All in all, it’s simple.

Competing in Base Class

To compete in Base Class your rifle plus your scope cannot exceed a combined MSRP of $1050, and you must retain the original stock on the rifle. Scopes that have been discontinued by the manufacturer can not be used, as the MSRP is unavailable.

The MSRP does not include scope rings, bases, aftermarket triggers, and a few other modifications. According to the rules, Base shooters may have a few modifications like bedding of the stock and trigger jobs, but you’ll need to look to know exactly what is and isn’t allowed.

When the Going Gets Tough - Open Class

Maybe you have a higher-end rifle or optic, or you’ve had your eyes on that great looking rifle, but it’s too expensive for Base Class. If so, say hello to Open Class, where you’ll find top tier rifles and optics. You’ll also see some of the toughest competition.

Restrictions on modifications, like changing out that rifle stock to better suit your needs or stepping up to an optic with a true zero stop and ED Prime glass, don’t exist. You’ll also see centerfire precision rifle shooters who have rifles like the Vudoo V-22 designed to mimic their centerfire rifle’s handling.

Open Class is a ton of fun and opens a lot of gear possibilities.

In Young Guns, we’ll see shooters that are between the ages of 8-16 at the time of the match. Youth competitors must handle their firearms independently without any assistance aside from verbal coaching.

There aren’t any restrictions on equipment here, and youth shooters can use anything that would be used in Base, Open, or Air Rifle Classes.

Shooting for the Ladies

Ladies class is for all the female shooters out there that enjoy shooting competitions. In this class, you can use any rifle and optics that is considered appropriate for Base, Open, or Air Rifle regulations.

The most recent addition for the 2019-2020 season is the Air Rifle class, and it is designed for air gunners. As per the rules, the Air Rifle must be a .30 caliber or lower. These rifles are as accurate and capable as most .22 rifles, and with the interest, it makes sense to expand on the pre-existing four classes.

NRL22 opened this class because they recognize that Air Rifle matches have been happening around the world. As people want to compete on the same level as other NRL22 competitions, the NRL Director of Match Operations has stated that this is an amazing opportunity to encourage this class of shooters to grow.

Restrictions include using only projectiles are mass produced, domed pellets, and slugs or cast bullets are not allowed.

The Best of the Best for NRL Matches

NRL rifles come in all flavors, sizes, and prices. It can be an intimidating process standing at the gun counter looking at all the different options.

When we compete, we want the best of the best to know we’ve got an edge over the competition. To try and simplify things, we did some research and have a few recommendations on where to start trying to find the best .22 ammo, optics, gear, and of course, guns.

In shooting our .22 LR rifles, we want ammo that is going to be accurate. With the hundreds of brands, it’s easy to get overwhelmed, so we’re going to let you in on a couple of the ones we like the best.

If you haven’t used  CCI Standard Velocity rounds, we think you should give them a shot, pun intended. These are reliable and are perfect for competition training.

Another one of our favorites is the  RWS Sport Line Target Rifle ammo. Reviews speak highly of the performance we can expect from these rounds.

The first thing you need to know is if you’re going to compete in Base or Open Class as that will ultimately dictate your budget based on your rifle.

If you’re wanting to stay in base class, subtract the MSRP of your rifle from $1050, and that’s your optic budget. If you know you want to be in Open Class, the sky’s the limit.

Next, you’re going to want to make sure you have repeatable turrets, preferably in in milliradian and 10 MIL per revolution. You need a minimum parallax focus distance of 25 yards. Your scope should have a first focal plane with a reticle that has holdovers for windage and elevation for quick target transition. Finally, you need great glass so you can see the target quickly and clearly.

Our recommendation for Base Class is the 6-24x50 Bushnell Match Pro riflescope. We developed this scope just for NRL22 Base Class giving you all the features you need to be competitive and successful while keeping the price low enough to keep almost all the popular Base Class rifles in Base Class.

For Open Class we suggest the 3-18x50 Forge riflescope. It has everything the Match Pro does, but with high-end features the Open Class shooter demands. The RevLimiter Zero Stop will make returning to your zero a snap and give you additional confidence on the course. It also comes with a Throwhammer to make lighting fast magnification changes, as well as a sunshade and scope caps.

So, we’ve got the best ammo and the best scope, but now what about the gun?

One of the most popular rifles is the  Ruger 10/22. Aftermarket options, like stocks, triggers, and barrels, abound for this rifle which makes it a great choice for NRL22. When you buy one of these guns, you’re good to go for Base Class, but you can also modify it to Open Class later should you choose. Ruger makes it many configurations that will work for Base or Open Classes.

Another popular option is the  CZ 457 ProVarmint Suppressor Ready. Out of the box, it’s perfect for Base or Open Class, and there are different barrels options that the user can change easily as well as another aftermarket support.

An up-and-comer is the  Tikka T1x MTR. Made in Finland, it’s an extremely accurate rifle that will play well in the Base Class.

If Open Class is your thing, you should check out the CZ Varmint Precision and of course the venerable Vudoo line of rimfire rifles.

Why NRL22 is Taking Off

NRL22 is taking the shooting & competition world by storm. It’s a fantastic opportunity for people of all ages to learn how to enjoy shooting.

With competitions across the country, it’s easy to get involved even if you don’t have any experience. All we need is to love the sport, and the rest is history.

Bushnell is made up of outdoors enthusiasts who spend everyday living our passion. 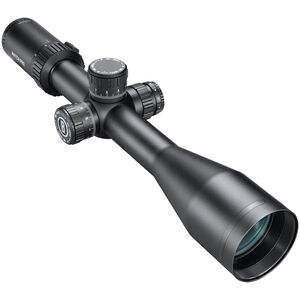 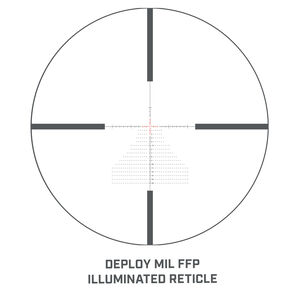