When it comes to optics, few things can be as personal a choice as which reticle to get. Some people want dots, hashes, numbers, different length stadia and more – There just can’t be enough information for some. For others though, they may want to keep it as simple as possible. At Bushnell, we’re trying to offer something for everybody, and in this article, we’re going to explain our top milliradian based reticles – So keep reading if you want to know more.

For the sake of this article we’re going to stick with our Bushnell first focal plane (FFP) milliradian reticles. Those would be:

Again, all of these reticles are FFP, which means they appear to increase in size as the magnification is increased. This feature allows the use of the reticle’s MRAD, also known as MIL, measurement system at any power. With the types of shooting or spotting these optics are designed for, we’ve found that most prefer FFP reticles for this reason. While what we’re going to discuss are our Bushnell exclusive reticles, we do also offer 3rd party reticles from Horus like the H59 and Tremor3 in select Elite Tactical optics.

The G2 is a Bushnell exclusive reticle that we developed with G.A. Precision and George Gardner. It’s what’s often referred to as a ‘Christmas tree’ reticle, named so because it resembles one. On it, you’ll find a crosshair with hash marks in 0.5 spacing, and every other mark is a bit taller on the horizontal to denote it being a whole value (e.g. 1, 2, etc.) hash mark. Above the horizontal stadia line, the vertical stadia is nice and clean with no numerical identifiers obscuring your field-of-view (FOV). Looking below the horizontal stadia line, the vertical stadia’s whole value hash marks start increasing in width like a pyramid or Christmas tree.

One of the biggest advantages of the G2 reticle is that it combines a simple crosshair along with known holdovers while also not being too ‘busy’ and covering up your target or making it too hard to spot your impact. The G2 was found on the original Xtreme Range Scope (XRS) and Designated Marksman Riflescope (DMR). While those original scope generations, along with the G2, are no longer in production, it didn’t mean the end of the line for the ‘G’ reticle.

The G2 was a great reticle in some of Elite Tactical’s most popular optics, but the world of precision rifle shooting was changing, and we needed to evolve along with it. One of the first big changes was the introduction of the DMR II riflescope. The DMR II took what made the DMR great, but added in a locking windage knob, our legendary RevLimiter Zero Stop, a Throw Lever, and you guessed it, an updated reticle, The G3.

Here’s what the manual has to say on it:
A new feature of the G3 reticles are highlighted (e.g. wider line width) hash marks on the horizontal stadia that provide holdover marks for shooting at moving targets. These “mover marks” are located at 1, 1.25 and 1.5 mils to the left and right of the center of the crosshairs. You can use a ballistic software program, or a long-distance ranging system such as the Bushnell Elite Tactical 1 Mile CONX with Kestrel Sportsman to determine the correct mover hold for your firearm and ammo combination.

Another modification for the G3 reticle is that the extra fine portion of the cross hair was increased in length across the horizontal stadia from 0.5 to 2.0 in both directions. This was to help emphasize the mover holds. If you’d like to read all about the G3 reticle and how to use it, you can check it out here on pages 13-16.

As time has gone on, the G3 has found itself in the new DMR II Pro and XRS II riflescopes; both with ED Prime glass, which makes for a fantastic combination.

Remember how we were saying some folks like a little more in their reticles, and might prefer a floating dot? Well, we made something for them in the Deploy MIL reticle. Found on the all new Match Pro, Forge, and Nitro riflescopes, the Deploy MIL gives you a floating dot combined with a crosshair that has hash marks at each whole and half value both vertically and horizontally. On top of that, it has the ‘Christmas tree’ holdover marks in the form of floating dots. There is also an illuminated version available on the Match Pro riflescope.

The Deploy MIL has found great use both in the field as well as on the range. It’s very much at home in the precision rifle world competing at matches like National Rifle League’s NRL22.

The worlds of competition shooting, plinking, and hunting is always changing and advancing. We here at Bushnell recognize that. While we try to keep exactly what we’re up to a bit of a secret, what we can tell you is that we are always working on that next great thing to give you a competitive edge in the field or at your next match. Maybe you’re looking for something that’s a cross between a Deploy MIL and a G3? Maybe it’s something that meets competition cost regulations? Maybe it’s just something that reaches a little further? Believe us when we say – We’re listening. 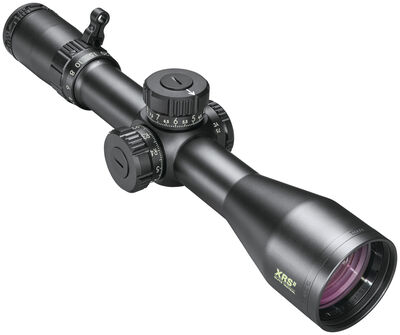 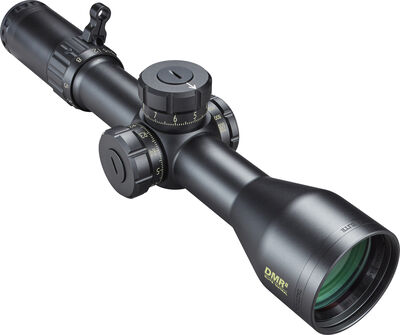