A Breakdown of the Relationship Between Rifle Scope Magnification vs. Distance

The lenses inside a scope perform three primary purposes.

The image viewed through the ocular lens is just that – an image. It is, in this respect, a reflection of reality rather than reality itself. The relationship between the image and the target is linear and proportional. Specifically, the magnification defines the ratio between the focal length of the ocular lens and the focal length of the objective lens. In application, this means that the magnification tells you how the image will differ from the target. A target viewed through a 3× magnification scope will appear to be three times closer than its actual distance – targets at 300 yards will appear as if they were 100 yards away.

As a corollary to this equation, the height of the target will also increase in proportion to an increase in magnification. This means that a doubling of magnification from 3× to 6× will not only halve the apparent distance to the target but also double its apparent size.

Magnification does come with trade-offs. There are many optical limitations and types of distortion that are tied to magnification.

Chromatic aberration or fringing can occur with any lens, but worsens as magnification increases. You see the cause of chromatic aberration when you see a rainbow or view light through a prism – different wavelengths of light interact with a raindrop or prism differently. This causes white light to break up into its constituent colors. The result is that an image viewed through a lens without correction for chromatic aberration can appear blurry or fringed with purple.

As lenses thicken, or more lenses are included in the scope, more light will be reflected and absorbed rather than transmitted. Even coated lenses will transmit less than 100% of the light incident on the lens. As a result, higher magnification scopes will produce dimmer images than lower magnification scopes.

There is a saying that you should choose the magnification that is just enough for you to hit the target. In other words, too much magnification brings in drawbacks, such as weight, complexity, and distortion, that produces diminishing returns for the rifle scope. In fact, many shooters find that they need no more than 10× magnification for targets up to 500 yards away. Many hunters settle on magnification between 4× and 6× since most shots taken during deer hunting season will fall between 100 and 200 yards.

On the other hand, shots taken at longer ranges, shots at smaller targets, or shots from more powerful rifles may call for higher magnification. Smaller targets, particularly stationary targets in precision rifle shooting competitions, will be less subject to losses in field of view and less subject to distortion. 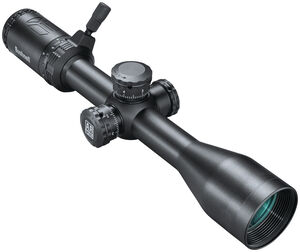 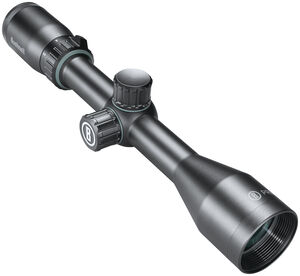 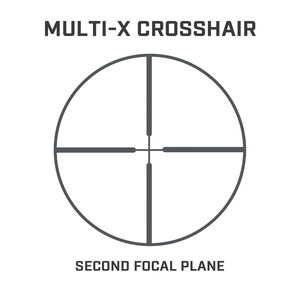