Ranging Reticles Explained: What You Need to Know For Competitive Shooting

We love competitive shooting, but there’s a lot that goes into getting the best out of our efforts. If you’re new to the sport, there’s a whole new world of vocabulary waiting to be learned.

We get it. It’s tough to understand the words and abbreviations that are being thrown around. We’re going to shed some light on a couple of the most critical pieces that are involved in competitive shooting: reticles and MOA levels.

First off, we see the word reticle everywhere, but what is it exactly?

The simple explanation is the reticle is the industry word for the crosshairs we see when we look through a scope.

When we aim, we see the reticle and use it to aim at a target off in the distance. Typically, the reticle is made of either wire or is etched into the glass.

How Do Reticles Work?

Reticles are designed to give us a place where we can aim and then shoot. They are designed with different purposes in mind.

As an example, there are reticles made for general hunting to those designed for low light shooting and everything in between.

What Are the Different Types of Reticles?

Discussing the different types of reticles could be a blog post all on its own because there are so many to choose from. For our purposes, we’re going to stick with the ones that are used primarily for competitive shooting.

This reticle is what most of us picture when we think of rifle crosshairs. It has two lines that are perpendicular to each other and form a cross. The original reticle is suitable for all types of shooting from beginners to precision shooters but is typically used in hunting applications. Original reticles with very fine crosshairs would only be used in Benchrest or F-Class shooting.

BDC reticles, or ranging reticles, are excellent for competition. Not only is it available in a wide range of scopes, but it can help gauge where bullets will land.

With practice, we can get to know how best to shoot our rifles at predetermined distances, giving us an edge over a variety of range sizes.

Mil-Dot reticles used to be perfect for the serious competitive shooter. These reticles provide shooters with a bunch of information allowing calculation for wind speed and target distance, making it an excellent option for snipers back in the day.

For the average shooter, it gave too much information which is probably why it fell by the wayside. For old school shooters that want to take their shooting to the next level, you might still find them pulling one out for memory’s sake.

Think of the latest MIL reticles like the next generation after traditional Mil-Dot reticles. You could even say that in a sense, MOA compared to MIL is a change in reticle language. The reality is that an MOA reticle and a MIL reticle can get to the same angular measurements, but you get there only slightly differently.

Over time, MIL reticles have gained a positive reputation in PRS competition because they’re easy to use and adjust quickly. The larger base-10 increments that are used make it a perfect choice.

The Minute of Angle Reticle

MOA adjustment is roughly 1-inch for every hundred yards while Mil reticles adjust in 1/10 MIL increments. As an FYI, 1 MIL is equivalent to 100 yards or 3.6.” They are relatively easy to use, and many shooters prefer this reticle to others.

When competing in low-light situations like competing at dawn or dusk, which occasionally happens, an illuminated reticle makes it easier to hit your target. It’s not a bad reticle to have, but it wouldn’t make much sense as a primary reticle.

Here’s a pro tip for you – illuminated reticles tend to be fatter than the non-illuminated versions, which can be cumbersome. It’s something to be aware of before buying one.

Why Are MOA and MIL Angular Measurements Important?

MOA stands for minute of angle, but it can be confusing at first because there’s some thinking power needed to make it make sense.

A single minute is shooter-talk for one-sixtieth of a degree in an angle. Imagine a typical 360-degree circle. Those degrees are what the measurements are based on. 1/60th of a degree, although seemingly small, makes a significant difference the further the shooting distance is for a shooter.

To quickly describe how it works, we must understand that gravity affects bullet trajectory. Longer distances equal a more significant arc from the starting point to the target.

Changing the MOA compensates for the difference in the expected arc at a given distance. MIL angular measurements do the same thing when they are adjusted.

Simply put, you can get the same shot with slightly different adjustments. If it helps, you can look at it like this – MIL is less precise than MOA, which is why MIL rules the roost in PRS or NRL competitions. MOA, on the other hand, is more common in Benchrest or F-Class shooting.

How Should I Choose the Right Reticle for My Scope?

Do you shoot for PRS competition? Maybe NRL or 3 Gun competitions are more your thing.

For example, when we’re interested in F-class midrange shooting, we’re likely to reach for the Elite Tactical SMRS Riflescope 1-8.5x24. Not only is it built to transition from close quarters to a midrange target, but like the rest of the line, it can take a beating thanks to its EXO Barrier coating.

Another one we like is the Elite Tactical SMRS II Pro Riflescope 1-6.5x24. It’s an excellent choice for even the toughest of competitions. The scope transitions quickly thanks to the Throwhammer and everything is coated, once again, with the EXO Barrier. Altogether, it doesn’t matter what the conditions are when we’re shooting with this scope.

Let’s say PRS competitions are your thing – that means looking at the Elite Tactical LRTS Riflescope 4.5-18x44. That 18x magnification makes it ideal when it comes to precision shooting. Crosshair features make hitting our target a breeze with this beauty.

A Few Other Options

Other different reticles to consider are the G3, Deploy MIL, Horus H59, and Tremor T3. The G3 and G3-I reticles provide a clean reticle space while providing reference points that result in extreme accuracy for your target. One of the scopes that carry this type of reticle is the Elite Tactical DMRII Pro 3.5-21x50.

When it comes to the Deploy MIL reticle, consider the Forge 4.5-27x50 as an excellent option. The Deploy MIL markings provide accurate range estimation when we’re out shooting thanks to the hash marks for elevation holdover and compensation in a crosswind.

Looking at the Horus H59 reticle is in a class all its own and can be found on the Elite Tactical DMRII 3.5-21x50. Its broken cross design cuts down on obscuring our field of view while still providing windage and elevation holdover to give extra information to make that killer shot.

Now, where the Tremor3 reticle comes into play, we’re looking at the Elite Tactical XRS II 4.5-30x50 scope. The elements we’ll see looking through include Rapid Range Bars for quick estimation on the uncluttered reticle. It’s ideal for common-sized targets when we also need to calculate windage and elevation as we’re speed shooting.

Wait, there’s more on reticles – subtension and focal planes – and they affect which scope we prefer to use.

The focal plane is either on the front or the rear of the magnification lens. Each riflescope has two focal planes. Where the etched glass is attached determines whether it’s a front or rear focal plane.

Subtension is easy to understand. When we look through our scope past the reticle, the subtension is the area of the target that the reticle actually covers. You can think about it as a ruler printed on the glass that allows you to visualize MOA or MIL dimensions.

Understanding the MOA Base

Here are a few things to think about when selecting the MOA base. Remember, it is determined by shooting distance combined with the internal travel found in your scope. To find an example of a scope with excellent internal travel, the Elite Tactical scopes are wonderful choices.

An MOA Base is meant to give us more usable travel and elevation once we zero our rifles. The higher the MOA, the more working travel we have. Keep in mind, though, that more isn’t always better because if we go too far, then we’re not going to be able to get our rifle zeroed. As an example, .22 rifles are typically zeroed out at 25 yards in an NRL22 competition, so having MOA that goes beyond their standard 30 MOA is going to be more than we need.

If we wanted to shoot even further, a 40 MOA base would give plenty of flexibility for greater usable elevation. However, for competitive shooting, a 20 MOA scope mount is relatively standard compared to a 40 MOA scope.

Picking the Right Reticle and Scope

Selecting the right combination of reticle and scope is very much an individual choice. What works for one person might not work for someone else. Typically, we see PRS, NRL, and NRL22 competitors prefer front focal planes, but if you’re interested in Benchrest or F-Class competition, rear focal planes are going to be a better starting point.

To learn more about available scope options, Bushnell riflescopes are a great place to start! 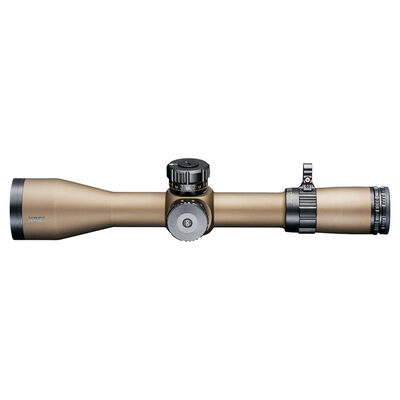 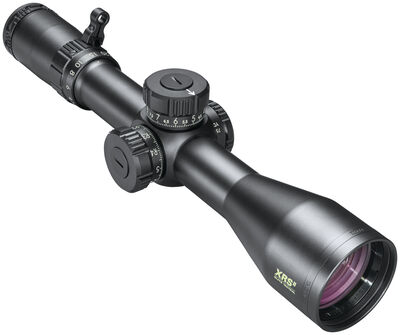