A Scope for Dog Town

One of the very first hunts I went on when I was a newbie editor with the NRA many, many years ago, was a prairie dog shoot out on the Rosebud Reservation in South Dakota. I’d taken along a rifle I knew could hit whatever I was aiming at, a Remington VSSF Sendero in .22-250 Rem. that should have just appeared in the dictionary next to the noun “tack-driver,” and if I remember correctly, the scope I had on it was a very old Redfield Five-Star 4–12X40mm.

It was a terrific trip from many standpoints. Stunning scenery, ample targets that hadn’t been shot at so much that they disappeared the instant we rolled up, skads of ammunition (those were the good old days), and cloudless skies that left us all with pleasantly warm sunburns and welcoming a cold beer at the end of the day. I shot well, claimed my share of the population control effort, but if there’s one thing I wish I’d had back then, it’s a scope with a little more oomph.

Don’t get me wrong, that old Redfield was a trooper. Though it lacks the sophistication so many optics today possesses, it’s still more than adequate today for a variety of hunting applications now 20-some years since that prairie dog shoot on the Rosebud (and gawd knows how old that scope was when I got ahold of it). It was also stupid simple to use—crosshairs and a wide-open prairie dog town teach you a lot about holdover and doping the wind, not bad skills to have—but there was one incident in particular on that shoot that made me wish for more.

At one point during the second day out the writers, of which I was one, were spread out across a fairly flat and expansive town. Each of us shooting had a spotter, but even with a whopping 24 hours of prairie dog “expertise” under my belt, I was keen to the “shine” of a prairie dog’s pale fur catching the sun as it moved and revealing an animal that otherwise looks pretty much like the dirt and rocks surrounding its burrow openings. Connecting and confident, I began to stretch the distance, steadily picking of dogs at 200, then 300 yards.

“See that flash out about 400?” my spotter asked after a lull that was making us wonder if it was time to move on. “About four o’clock from that fence post on the outer fence line.”

I was prone and propped myself up on an elbow to give the area a scan with the binocular.

I caught the wink with the bino and slunk down behind the rifle again.

“Is he still there?”

I carefully swung the barrel on its bipod, finally catching the critter that was, admittedly, pretty damn small at 400-something yards. Heck, I wasn’t even completely sure it was there until I saw it move just a bit.

My first shot was short.

“You’re low and to the left,” my spotter said. You need to come up about 20 yards and right about five.”

Another shot whizzed out of the barrel.

“Better. You’re about three feet in front of the hole but still left by a good foot.”

I racked another round home, snugged up a little tighter behind the stock, squeezed … .

Dirt at the lip of the burrow billowed up. And so did my target—on wings.

I looked up at my spotter, shock plainly registering across his face.

“What the hell was that?” I asked.

“That, my dear, was a near felonious mistake.”

My eyes must have gone to saucers because he added, “Sorry. I swear there was a dog there.” He leaned into his spotting scope, then took a deep breath as he pulled back again and looked back at me.

“Well, there is one, but apparently he had company.”

I’ve never been so happy to have missed a shot in all my life.

Of all the lessons to be learned here beyond “to err is human” (and possibly, have a good lawyer on retainer), the most important is that sometimes more is really, truly, genuinely, critically better. My next prairie dog shoot, should this world return to where there’s ammo enough to do one properly, will most assuredly be accompanied by a better scope.

Bushnell’s Match Pro 6–24X50mm is a sweet, sweet choice for summer dog towns. Sure it was purpose-built for competition, but if you’ve ever been on a dog shoot, you know that such things have their own competitive element.

What do you get with this scope? Well, ample magnification to take on distance for one, and a generous 50mm objective lens for plenty of light. A fast-focus eyepiece is an absolute must when taking dogs from mound to mound across varying distances, and the Match Pro accommodates this nicely. So, too, does its parallax adjustment that corrects at as little as 10 yards (you might be surprised at how many prairie dogs can be yours for the taking at close quarters when a town’s been left alone for some time). You can choose the nicely arranged Deploy Mil reticle in either black or illuminated options, a very nice choice for small, distant targets, and the reticles are first focal plane. Add in fully-multi-coated glass, locking turrets, and the Match Pro Sunshade and Cap Kit to take the glare off those no-cloud days, and this one’s a winner. 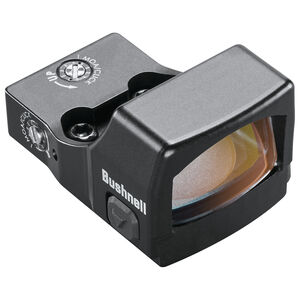 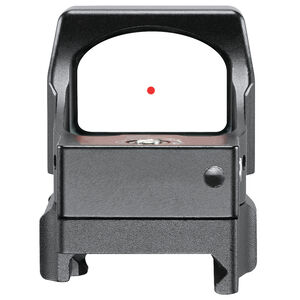 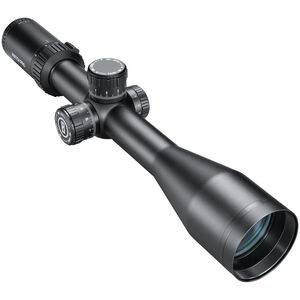 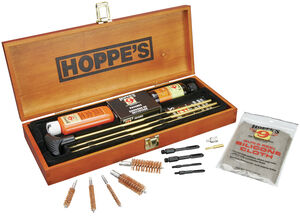